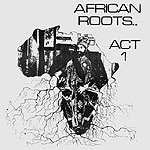 The Hard Wax crew continues their series of Wackie’s reissues with this collection of massive Clive Hunt-produced dubs. Originally released by Five Arts in 1977, then reissued by Wackies three years later, this LP has stood the test of time. These mesmerizing versions, some of which were Channel One tracks, feature the deepest bass and reverb aplenty. Among my favorites are “Rock Ago Rock,” with its pronounced vocal echoes; “Gem Rock Dub,” featuring rather bizarre instrumentation; and the soulful “Wackie Rock Tune.” Percussion-heavy “Always Dubbing” is also a treat. Germany might seem like an odd place for a dub revival, but the Rhythm & Sound label has been putting out some great music lately. As well as reissuing classics, they’ve brought back Wackies vocalists like the Love Joys for their series of Burial Mix 10-inches. It’s an exciting time for connoisseurs of otherwordly dub.