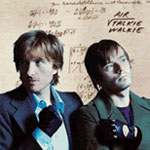 After a bit of a disappointing album in 10,000 Hz Legends, Air bounce back with a great one utilizing all the sounds they are known for and adding a little something new on top of that. This album rivals their classic Moon Safari. It starts off with a bang—the first four tunes are exceptional tracks that are not to be skipped. The most notable are “Cherry Blossom Girl” and “Run” with twinkling xylophone rhythm and alien-like vocoded vocals. Air mix it up between instrumentals and vocal cuts giving a nice balanced feel to the record. Even the vocal tracks are varied enough so that the basic English by Frenchman lyrics don’t get irritating. The whole album is very strong, ending with “Alone in Kyoto,” a track selected for the soundtrack to the movie Lost in Translation. I recommend this album to Air fans, electronic fans, and indie rockers alike.