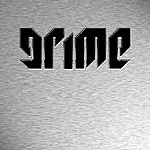 Rephlex’s new compilation, four tracks each from MarkOne, Plasticman (no relation to Plastikman), and Slaughter Mob is a taste of the UK grime scene. All that’s missing is MCs.

On MarkOne’s “Stargate 92,” menacing beats collide with early-nineties synths and MC grunts. It’s like being caught in a timewarp where classic techno is better-produced. “Raindance” has a similar sound, with the addition of repeated female vocal samples over dark, repetitive bass. Suddenly breaks are back in fashion.

Plasticman’s “Camel Ride” warbles its way through soothing samples over a high BPM count. “Industrial Graft,” on the other hand, sounds like it’s been slowed down. On “The Music,” choppy vocals recall the days of razor-blade tape splicing.

This is much simpler music than I usually cover; it’s the least braindancey Rephlex has been in years. But there’s something intriguing about revisiting these old styles. Maybe this music’s a commentary on disposable technology, or maybe it’s just nostalgia. Whatever the underlying theory, put on this compilation when you’re in the mood to dance.