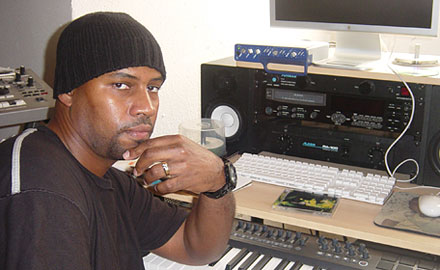 Patrice Scott (40) seemed to emerge out of nowhere a few years back, launching Sistrum Recordings with Atmospheric Emotions, an EP of beautiful, melodic deep-house. In fact, he used to DJ as a teenager, and has had a love of music his whole life. Scott is part of a new wave of Detroit deep-house producers, including Keith Worthy, Scott Grooves, Reggie Dokes, and Omar-S. Last month, Scott released Sistrum Recording’s twelfth EP. He DJs all over the world at places like Fabric in London. He just returned to Detroit from abroad in preparation for spinning at this year’s DEMF. This will be his first time performing at the festival. We spoke by phone Friday, May 21, 2010.

Jacob: When did you first get into music?
Patrice: I’ve been enjoying music ever since I can remember. I can remember being two, three years old and my parents listening to Marvin Gaye, Diana Ross, those types of artists, the Motown artists. I really took a true following to music in the early eighties. That’s when I started getting into dance music and buying dance records. When I was younger, much younger, I used to buy R&B and soul albums: Earth, Wind & Fire, Stevie Wonder, but it was just really strictly for listening purposes; it didn’t have anything to do with getting into DJing. I’d say around ’83 was when I really started getting into the DJing aspect and wanting to learn more about that.

Where did you DJ at first?
Nothing really famous or well known when I was an early teenager. Just things around the neighborhood where I grew up: birthday parties, things like that. And then when I was in high school some friends and I, we had a little group. We called ourself Chaps, and we threw parties. Another friend of mine, [who] has passed away, we used to DJ the parties.

My first true DJ experience, professionally, where I truly got paid… I DJed, I think it was around 1986 or ’87, at this club in Detroit called the Prima Donna, which is of course closed now. I opened up for Jeff Mills, who was known as The Wizard back then. That was pretty cool. That was a great experience.

What were some of your favorite tunes back then?
There were so many back then. John Rocca “I Want It to Be Real,” Alexander Robotnik “Problemes D’Amour,” Sinnamon “Thin Line,” Sinnamon “Thanks to You.” Some of the early Chicago stuff: “Time to Jack,” Chip E. All the stuff that Farley “Jackmaster” Funk used to put out: “Love Can’t Turn Around,” a remake of an old Isaac Hayes song. As a matter of fact, a billion people in Chicago remade that song. Of course, the early Detroit stuff. Juan Atkins doing Cybotron, “Alleys of Your Mind,” “Cosmic Cars,” “Clear.” Some of the things that a DJ by the name of Electrifying Mojo here in Detroit—he used to play a lot of Juan Atkins stuff on the radio, but along with that he was playing some pop tunes like [The] B-52’s; he played a lot of Prince, things like that.

What kind of equipment did you use?
When I was about thirteen or fourteen years old, I got a pair of Sanyo turntables one Christmas my mother bought for me. I knew nothing about DJing, and I got two turntables with no pitch control. I was trying to mix with no pitch control. What I wound up doing, at that time (I was just beginning), I just mixed a lot of the same records since I couldn’t really change the speed to try and beat-match records. I had those, and I had a Realistic mixer I got from Radio Shack. Those were real popular back then.

Eventually I wound up getting some Technics 1200s. I got one, and then a buddy of mine bought another one, and we used to share them for the first year, until we could afford to buy another one. He would have them one week and then I would have them another week. That’s how that got started.

I understand you took a break from DJing and music for a while?
Yeah, I went away to school, got my degree, and started a family. I was kind of in and out of the game. I really truly didn’t get back into it until around ’95, ’96. At that point I started DJing at this club in Windsor called the Amsterdam Lounge. Me and a good friend of mine, Reggie Dokes, we had a residency there every Saturday night. After doing that for a little while, I started getting into producing. I got some equipment and started making tracks, or learning how to make tracks—what to do and what not to do. That wound up slowing down, because then I started a very demanding job which took a lot of my time, so producing was very limited until around 2004. I said, okay, if I ever want to truly do this, let me go for it now. 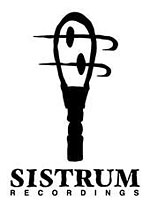 Around late 2005, I was shopping music around to some Detroit labels, a few outside of Detroit, which I won’t name. They basically shot my music down, telling me, “I would change this, I would change that. This doesn’t do this long enough, or this does this too long.” After going through that for a minute, I decided to try to start my own label, and that’s how Sistrum came about.

What’s your degree in? What’s your day job?
Actually, I don’t have a day job right now. I started about two years ago, and I’ve been doing music full-time. I got an English degree which I really never use. The job I worked for a while, I was a production supervisor at a company here in Detroit called American Axle, which pretty much folded. They have a few employees left, but not many. I got laid off, and that was one of the reasons I started doing this full-time.

How long have you know Keith Worthy?
Thirteen or fourteen years, now.

Did you inspire him to create his own label [Aesthetic Audio]?
Not too many people know the story, but we kind of inspired each other. The original plan was we were going to do a label together, but for many reasons we decided to just do it ourselves, but collaborate from time to time on some projects.

How did you connect with some of the other artists who have been on your label, like XDB and Mike Edge?
Well, Mike Edge, I knew him for a while—before his release came out in ’08. We met about three years before that… at the Winter Music Conference in Miami. We stayed in touch…. He used to always let me listen to music that he was making, and then one day he played some stuff for me and I said to him, “Wow, what are you doing with that?” He tells me, “Hey, nothing. Do you want to release it?” I go, “Yeah, sure, why not?”

XDB, we basically met over MySpace and built a friendship that way. I always liked his music. I asked him one day, did he have any stuff he wanted to submit to me, and he sent me some stuff, and I picked out a couple. That’s how that got going.

Do a lot of people send you demos now?
I get so many demos, it’s just overwhelming. I don’t get a chance to listen to all of them…. It’s very time consuming, but honestly, most of the demos I get aren’t really the type of stuff I would release on my label. A lot of them aren’t bad, but it’s just not what I’m looking for. Most of the time, when stuff comes out on my label, it’s people that I sought after, or we already had some type of connection.

What about Leonid and Specter?
Yeah, Specter just came out. It’s been about a month now. We already had a connection, and it was the same type of thing. He sent me some stuff over, about five or six tracks, and we picked out a few and we did it. Leonid, he did a release on Statik Entertainment in 2008. That record just grabbed me, so I just asked him, “Hey, how about releasing something on Sistrum?” Actually, Leonid has another release coming out on Sistrum which is tentatively scheduled for July. Either that will be next or my EP will be next, but I think I’m going to save my EP for August or September and just go ahead and release his.

As a DJ, who are some of the producers you are into?
There’s so many. I don’t really play a lot of new music. There’s some good new music out there that grabs me, but not a lot. I play a lot of old stuff. I always find myself going back to the Prescription classics, the stuff on Balance, Chez Damier. Of course if you don’t have a couple of Moodymann records that you play, something’s not right in my opinion. Normally in a set you’re going to hear at least one Kenny Dixon record…. I play stuff from the mid-nineties. I like to go back and dig and play stuff that everybody else isn’t playing.

Where are you DJing these day?
I’ve been to, this year, Berlin, Belgium, London, Oslo, Switzerland, Barcelona, Paris. All around the place…. I’m excited, because in August I finally go to Japan, and I’ve never been to Japan. I got a couple gigs, one in Tokyo, and one in Nagoya.

Right now, actually I just got back to Detroit today. I had been over in Europe for three weeks. I haven’t done anything to be honest with you. Now I’m getting the itch to get in the studio and work. When I go in the studio, I just try to make music. I don’t sit down and try to say, okay, I want to make a song and it sounds like this…. Whatever comes out comes out. I don’t sit down and say I’m sitting down right now to make a new EP. I sit down and just write music…. It’s just about creating.