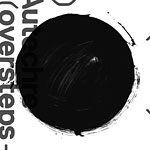 Autechre has long been my favorite group. I bought Tri Repetae++ at Media Play, of all places, soon after it was released. I first saw the duo live in Toronto around the time of LP5. I remember a nearby teenager exclaiming, “Worst rave ever!” while I danced to the bizarre, gut-shaking electronics. Needless to say, listening to a new Autechre album is always an exciting experience, even if it fails to grow on me over time (i.e. Confield).

This past week, Oversteps was released digitally to customers who pre-ordered the physical album from Bleep. As in my last ten Autechre reviews, I’ll do my best to describe music which, for the most part, isn’t constructed with identifiable instruments.

The first track, “r ess,” fades up with alternating orchestral and electric echoes. Flat percussion provides contrast—it’s nearly a mere click track. A smattering of keys at the end sound like a warm-up. “ilanders” is this album’s nod to dubstep. Bursts of fuzzy, carefully distorted bass pounce like blobs of paint thrown on canvas.

“known(1)” completely changes pace, introducing atonal harpsichord. Most of the notes vibrate and bend like actual strings pulled out of tune. Glistening metallic notes peal over top. “pt2ph8” uses a similar sound palette, but the meandering notes are muddled.

“qplay” is classic late-nineties Autechre, with a jumble of bouncing DSP beats and chords. Surprisingly, it ends cleanly rather than breaking down. “see on see” is a snow-globe of child-like bells. While the sounds don’t seem original, the execution is flawless. “Treale” brings back bulky beats. Notes cascade and chords swell, but it’s difficult to make out a melody in the jumble. “os veix3” is sparser. Shards of static punctuate slow-moving bass. I can almost catch a glimpse of emotion.

“O=0” is the warmest track here, combining familiar bells with analogue-sounding electronics. The effect is a sunbeam of sound. “d-sho qub” is almost jubilant despite sharp bits in the mix. Bouncy bleeps form a melody, and there’s even a brief electro beat. At the end a heavenly chorus descends, a la 2001: A Space Odyssey.

“st epreo” and “redfall” move fluidly with barely contained energy, the latter ending with a smear. “krYlon” marks a return to bell-like sounds over long, deep bass notes. Like “pt2ph8,” however, it’s so abstract it feels incohesive. “Yuop” is more of a statement. The note runs sound like they are bursting from a church organ. Waves of distortion increase until everything crumbles and slowly fades.

It seems best to evaluate Autechre’s releases in relation to each other, since Sean and Rob are on a completely different plane from their contemporaries. Their previous album, Quaristice, contained an enormous amount of material. The special edition plus digital EP totalled almost five hours. Oversteps is much tighter.

I like this album. It’s enveloping. While some of the sounds are obviously experimental, many are warm and approachable. There are no voyeuristic radio or TV voices buried in the mix. In fact, this might be Sean and Rob’s most personal album in a decade.

There is a consistent sense of confidence evident in Autechre’s style. These guys don’t make music that’s half-assed. Everything they do is worth a listen, and multiple ones at that. I try to transport myself back to a time when I could only afford a few albums a year, so I would digest them more slowly. Let Oversteps become your world for a month.