Winter’s made its return here in Chicago after a week of warmth. In such weather, there’s nothing better than staying home with a stack of new records from the usual suspects. I’m eagerly anticipating a new reissue from Let’s Pet Puppies, but in the meantime lets get down to business. 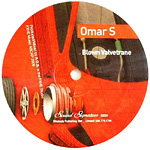 I’m one of those who prefers the techno side of Omar-S, so this single suits me perfectly. The title track is a simple conceit with constant cyclical filtering of a lo-fi synth groove. It’s brutally unrelenting, but surprisingly smile-inducing. Near the end the rhythm slows to a crawl before regaining speed like a lumbering post-apocalyptic road train. “Busaru Beats” is dense with percussion sounds not usually heard together. It’s like every preset on a keyboard was used to create a tribal video game world. “Deep Valve Cover” starts out a bit (early) Plastikman, but once the chords kick in, it’s on another level altogether. 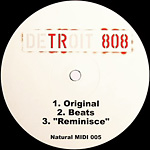 While the original version of this doesn’t do much for me, the Dub Delay mix by Panther is hypnotic. Chords decay over a simple house beat for a pleasant end-of-the-night cut. Part II introduces a stuttering voice and timeless synths. It’s actually quite IDM. 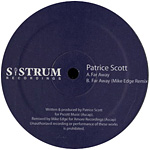 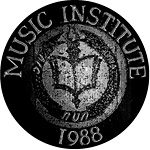 I’m a bit disappointed by this one. The rhythm tracks on the A-side strike me as too simple. While they were probably good DJ tools back in the day, they seem more dated than classic now. The B-side vocal tracks are pretty straight-forward, if occasionally lo-fi, house. Lots of new twelves claim to be unearthing old, unreleased material, but I’m left wondering if these tracks are truly representative of the Music Institute back in the day.