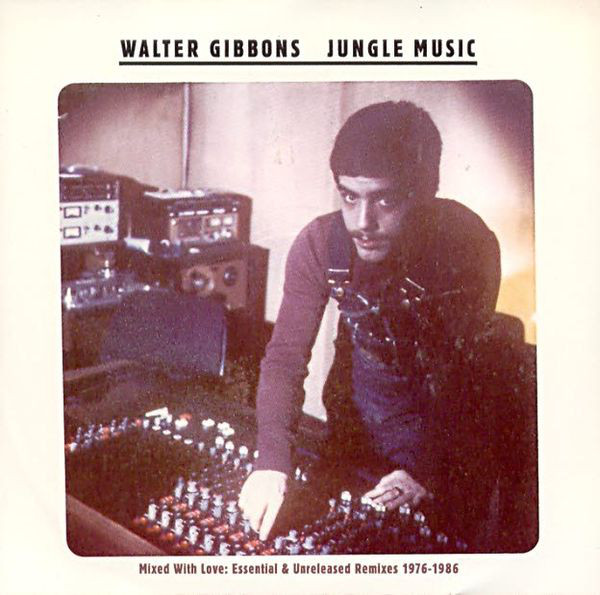 Walter Gibbons was a pioneering New York DJ. In the early seventies, he was one of the earliest jocks to use multiple copies of a record to expand a break, a technique that inevitably led him to make his own edits and remixes. While Tom Moulton invented the 12-inch single, Gibbon’s mix of Double Exposure’s “Ten Percent” was the first commercially available one.

Suss’d released a 3-CD Walter Gibbons anthology in 2004, but it suffered from poor sound quality. This new compilation from Strut, meant to showcase some of Gibbons’ most adventurous work, sounds great. It begins with Jakki’s “Sun… Sun… Sun…,” a three-part affair. While the first and third sections haven’t aged well, the middle is beautiful. Gibbons looped a short break, and the result is more house than disco.

“Get Up on Our Feet (Keep on Dancing)” by TC James & The Fist O’ Funk Orchestra is a spacey disco funk adventure, with synthesizers gliding all over the place. Another find is a previously unreleased twelve-minute version of Gladys Knight’s “It’s a Better Than Good Time,” a Garage classic. It’s easy to forget long build-ups like this were new at the time, made possible by the space of a 12-inch.

Sandy Mercer’s “You Are My Love” was another Paradise Garage tune, but it is relatively straight-forward disco. By contrast, the stripped down version of “Ten Percent” included here would fit into any house set. (It’s the Disco Madness mix, mislabeled as a 12-inch one.)

Not all of these tunes have aged well. “Magic Bird of Fire (Firebird Suite)” by The Salsoul Orchestra (also off Disco Madness) and “Doin’ The Best That I Can” by Bettye Lavette are pure cheese. Gibbon’s unreleased mix of “Go Bang” by Arthur Russel as Dinosaur L is jarring compared to François Kevorkian’s smooth dub. Snares pound front and center while the bass guitar wanders or a synth drones. The best part is the keyboard solo at the end.

It’s funny that Gibbons is best remembered for “Set It Off” by Strafe. I remember listening to it on the radio growing up and thinking it sounded strange back then. It’s such a skeletal tune, yet it eerily anticipates nineties party music. Equally as deep and much more rare is the funky “I’ve Been Searching” by Arts & Craft. It took a while, but contemporary producers have finally caught up to its vibe.

Gibbons was always ahead of his time. Even his excursions into gospel don’t seem that odd in retrospect. It’s tragic he died so young. This compilation is as important for the attention it shines on Gibbons’ work as for the rare tracks it provides.