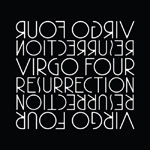 It’s been nearly two years since I posted the first ever interview with Merwyn Sanders about his all-too brief career as a house music producer. Sanders and childhood friend Eric Lewis recorded two influential records as Virgo Four and M.E. in 1989 plus a couple of vocal tracks in the early nineties before disappearing into obscurity (as far as music fans were concerned).

Much has changed since Sanders and I spoke. Last year Rush Hour reissued Virgo Four’s first two singles, and now they’ve drawn from a wealth of old tapes to create a deluxe set of unreleased material. The vinyl edition contains a full thirty tracks, while the digital and CD versions are half that. (At the moment I just have access to the latter.)

These tracks are a welcome reminder that even as vocal house climbed the charts, Chicago dance music had a deeper side. On “Silence,” mysterious backwards voices and long, sweeping synth tones contrast with crisp, danceable beats. “In the Valley” juxtaposes reverberating bursts of static with a glossy bassline.

A few of the vocal tracks reveal their authors’ youth. While the production on “Sex” is decent, the lyrics are simplistic: “Sex rules our souls…. Sex rules our world.” The words to “Crayon Box” are muffled, but Prince was obviously an influence. “Let the Music Play” goes even further in an R&B direction, with a snappy beat and jazzy vocals.

The coptering snares that start “Moskaw” wouldn’t sound out of place in a Joey Beltram or Plastikman track, but neither of those artists would have paired them with melodic synth lines. “It’s a Crime” has echoes of the first Virgo Four EP. The crime story lyrics are sung with surprising sweetness: “I got my mace, I got my gun, I got my knife, you’d better run.”

“Lost Inside of You” is the only track that seems hindered by a lack of vocal range. By contrast, some of instrumentals on the album’s second half (“White Smoke,” “The Mop,” and “Look into Your Eyes”) are a little too smooth. I have no doubt they will grow on me, though.

“Sexual Behavior” and “Forever Yours” provide a glimpse of how Trax artists might have stayed on R&B radio through the nineties if label boss Larry Sherman had been thinking long-term. Of course Rush Hour saved the best for last, concluding with sumptuous strings and orchestral flourishes on “I Have Always Wanted.”

It’s apparent from this collection that Sanders and Lewis were masters of their synthesizers. In fact, they recorded most of their early compositions live to 4-track. To house music fans, unearthing these tapes is equivalent to discovering a cache of lost Rembrandts. These unassuming sounds helped inspire much of the electronic music we listen to today.