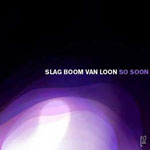 A couple of years ago Jochem Paap (aka Speedy J) and Mike Paradinas (aka µ-Ziq) released a collaborative LP. On So Soon, they let their fellow artists at it. The result is a variety of remixes, none of which stand out as overly spectacular. Boards of Canada recreates “Poppy Seed” in their own distinctive style, which is honestly becoming a bit bland due to the slew of similar BoC melodies. µ-Ziq’s old-school-inspired mix of “Spc-ch-pn” is satisfying in a dancey, housey way. Things start to get bumpy when Leafcutter John tackles “Broccoli” with some interesting sounds that never really gel.

Thankfully, Tipper’s interpretation of “Butch” is probably the best mix of the bunch, with some Autechre-inspired stretched-out beats, vinyl scratching, and a simple melody. On the other hand, Horse Opera’s version of “Pedals” is dainty and empty-sounding.

Four Tet’s remix of “Sutedja” is another good one, though, with pleasing beats and nice melodic touches. If only it were a few minutes shorter. Pole decides to stick with his tried and true method of adding pops to the music, and the resulting echoey dub is pretty good. The Matmos mix of “Moon Base Alpha” is also very dub-influenced. I like the squelchy noises and hints of voices that bubble to the surface, and in fact this track will likely inspire me to explore some Matmos releases that have passed me by.

Finally, Coil turns “Fallen Angels Entering Pandemonium” on its head with drawn-out drones that eventually build up into beats, synth stabs, and high-pitched dog whistles. It’s not really my thing, though I suppose it can be quite psychedelic under certain circumstances.

So I wouldn’t run out and buy this EP, but it’s not a total waste of money either. The Tipper track is quite tasty, and with the possible exceptions of the Leafcutter John, Horse Opera, and Coil mixes, it’s all tolerable music. Still, I was hoping some of these big names in electronica would drop me a surprise or two. I recommend you give this one a listen before you purchase it.