Shadow Huntaz: That Ain’t Where It’s At 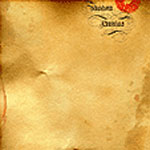 Skam’s recent releases haven’t been very exciting (with the exception of ISS:SA) but this beast of a release may signal a return to their mid-to-late ’90s’ supremecy. Shadow Huntaz is composed of three American MCs from all over the country: Dream in Atlanta, Non in L.A. and Breaff in Chicago with the Funcken Brothers (aka Quench, aka Funckarma) on production. This EP is a taster from Skam before the full-length Corrupt Data. All three tracks, “That Ain’t Where It’s At,” “Razbur,” and “Stay True,” are intense voyages into experimentation with hip-hop and acid. It’s not even electronic hip-hop—it’s hip-hop with electronics fused within. If this is any sign of what we may hear on the LP, then we’re in for quite an album.