An Interview with Aaron Tweedy 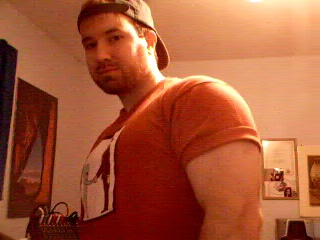 Helena, Alabama might seem like an unlikely home for an indy electronic music label, but Pitchcadet’s Aaron Tweedy has proven “it’s not where you’re from, it’s where you’re at.” He and Chris Jeely started Pitchcadet Records in ’97, a golden year for the “IDM” scene. Aaron releases his own music under the monicker “M-tec.” I interviewed him via email the first week of April, 2002.

Jacob: Which came first, M-tec or Pitchcadet?
Aaron: Well, first there was M-tec, but it was just when I started to learn how to make electronic music, and I was still learning the gear and everything. It was real rough-draft and ambient/experimental sounding. Mainly because I didn’t know how to sequence or edit very well. Then shortly after came Pitchcadet, and as Pitchcadet began to progress my M-tec project did as well. About the time Pitchcadet’s Web site came online in winter 1998, I had completed around ten to fifteen M-tec tracks, and soon after the Data-Life CD-R was made available. That group of tracks was two EPs and was the first material I considered good enough to put out.

How did Pitchcadet get started?
Sometime in 1995 at a local college I attended I met Chris [Jeely] at a college radio show. He had some music on tape he had made and I really liked it. From then on we started meeting on occasion, after he bought some gear. He taught me how to use it and how to put tracks together. Then around 1997 we started Pitchcadet with a cassette release of some of Chris’ tracks (under “Audio Wishe”). The following year we put up a Web site and started selling CD-Rs. From there it just progressed into vinyl and CDs in addition to the CD-Rs.

How have you been promoting the label? Is it mostly word of mouth?
Initially we sent out promos and did tons of emailing. Eventually we hooked up with some distribution (s://kimo) and a music writer, Heath K. Hignight, who got up some great press in magazines like AP, Thousand Words, MixMag, Grooves, etc. He really helped out so much with getting our name out there, as well as s://kimo. I do think word of mouth also played a very important part, though it’s more of a long term effect realized over time.

I see Aaliyah and New Order on Pitchcadet’s “Top 25 of 2001” list. What are your musical influences?
Those are Tony’s choices, which also reflect how diverse our tastes are. For me Autechre, Bola, and Aphex Twin were some of my biggest influences. But just as important as those for me are Depeche Mode, Dead Can Dance, The Cure, Cabaret Voltaire, Cocteau Twins, and ’80s synth music in general. For me melody is what gets me the most; I love it.

What do you do when you’re not making music?
I work a full time job, workout/run, and travel (when I can).

What’s on the horizon as far as Pitchcadet or M-tec projects?
I think for the near future we will be a bit quiet; I just don’t have a lot of free time like I used to. Also things are really slow and changing a lot, so I think we will have to regroup and try to find our place among the new ever-changing scene. We’re not closing down—just taking a break for a while.