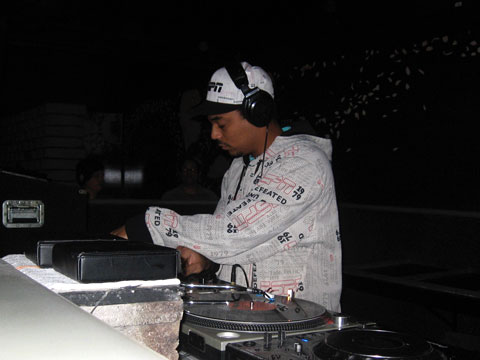 After a good long set by David Powers, Omar-S killed it last night in what was apparently his first Chicago appearance. He came on at one A.M. and played a little over two and a half hours, mixing his own material with what seemed to be obscure nineties house. The mixing was much smoother than on his old CD-Rs. I take it he’s been practicing. About the only things I recognized beside Omar’s tracks were Quest’s “Mind Games,” Model 500’s “No UFO’s” (which drove the crowd wild), and Midway’s “Set It Out.” It was a fun night!