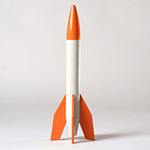 Moritz von Oswald needs introduction because he guided techno from its shadows, through mysterious, anonymous releases as Maurizio, Basic Channel, and Rhythm & Sound. For fifteen years he shunned interviews, photographs, and the trappings of fame. The records spoke for themselves. At the same time, he and Mark Ernestus gathered a tight-knit community through their Berlin record store, Hard Wax, and their studio, Dubplates & Mastering.

The past couple of years have seen von Oswald opening a window into his world, with interviews, tours, and new collaborations. His recent productions stray from the techno and dub reggae styles he firmly established into a new aesthetic not as easily described. Vertical Ascent seems influenced by African rhythms, with Vladislav Delay playing a steady clatter of home-made percussion. There may be a hint of Karlheinz Stockhausen as well, thanks to the spacey yet somehow formal synthesizer performance of Sun Electric’s Max Loderbauer. Under it all are bass depths a good octave lower than what you normally hear. This mini-album, clocking in at under forty-five minutes, deserves to be heard on a large system.

“Pattern 1” orbits around a slow (60 BPM) pulse which gets picked up by kick drum and synchopated claps. It’s tricky even after a couple of listens to keep the synth parts straight, as they hand off and echo. There are sweeps and whistles. It’s all a bit alien. “Pattern 2” begins with cymbals. A steady bass pulse reverberates downward, then tightens, producing a subtle tension. Treble electronics are more overt at creating unease. They wink in the distance, like lights glimpsed across a frozen lake. Door knocks join in, seeming almost cliché. At over twelve minutes, it’s an oppressive experience.

“Pattern 3” brings back the funk, with panning steel drums and absolutely lovely slow chords. The ever-present bass buoys it all. Von Oswald’s reggae explorations are most in evidence on “Pattern 4.” The bassline could belong to a Rhythm & Sound production, but it drowns in waves of atonal organ and cascading reverberation. It’s actually hard to think once this track is blasting full-force.

The best thing about this album is its pace. Despite being dense, cerebral music, the arrangements are slow and relaxed. It’s as if these three classically trained musicians have been playing together a long time. I’ve never heard a combination of sounds quite like this. Once again von Oswald is inventing something new and riveting.