An Interview with Christian Kleine 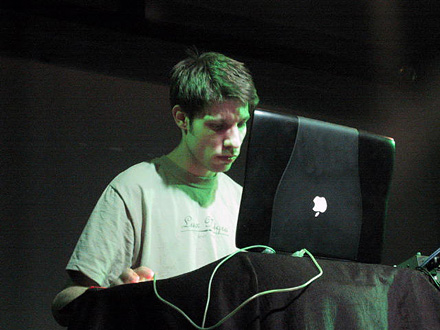 Christian Kleine’s Beyond Repair on City-Centre-Offices was a pleasant surprise. His follow-up, Valis, on Morr, was just as good. Still, Kleine hasn’t received the press he deserves. I was lucky enough to interview him via email between gigs.

Jacob: I wasn’t able to find much biographical information about you online (except that you reside in Berlin). Could you tell me a bit about yourself?
Christian: I grew up in the South at Lake Constance. This is a really idyllic place because it’s surrounded by the Alps. Of course it’s a bit difficult to buy records, etc. So I spent all my money on mail-orders. Also, I taught myself to play drums, guitar, and bass after coming back from school. About six years ago, I left this place to move to Berlin.

What were some of your early musical influences?
As far as I can remember I taped music from the radio: The B-52’s, Church, The Cure… Some years later I began listening to hip-hop, house, techno—this was in the early 90’s. Of course I always loved guitar music from bands like Sonic Youth, Big Black, and Dinosaur Jr. We’ve been a few people in a small town discovering the world’s goods.

Are there any visual artists or writers who inspire you?
More the writers, I’d say. I really love the works of Japanese author Haruki Murakami. Also one of my favourites is The Secret History by Donna Tartt or Cocteau or Camus.

Can you tell me about the process of putting a track together? How do you usually get started?
Usually I have strange ideas about what I want to do: e.g. I’m impressed by something or someone and I have the requirement to “keep” this in a way in a musical context. Technically I spend a lot of time to produce sounds I like, but I try to avoid working on a track a month. Sometimes a track takes, of course, two weeks, but a good track can also be done in one day, if the circumstances are right.

How did you and Thaddeus Herrmann start to collaborate? Do you find it easy working with other artists?
Some years ago we met and soon we found out that it would be very good to make something together. It’s a different process to work with someone else, but it’s a good thing to share experience.

Do you have dreams of collaborating with anyone?
I’d really like to play in a band—just for one week!

What do you do when you’re not making music?
I try to enjoy life itself.

Do you have any big projects coming up?
Hmm, too many things to do and too less time to realize all of them. There are always big things planned but I don’t know when any of them will be finished.